The History of the House 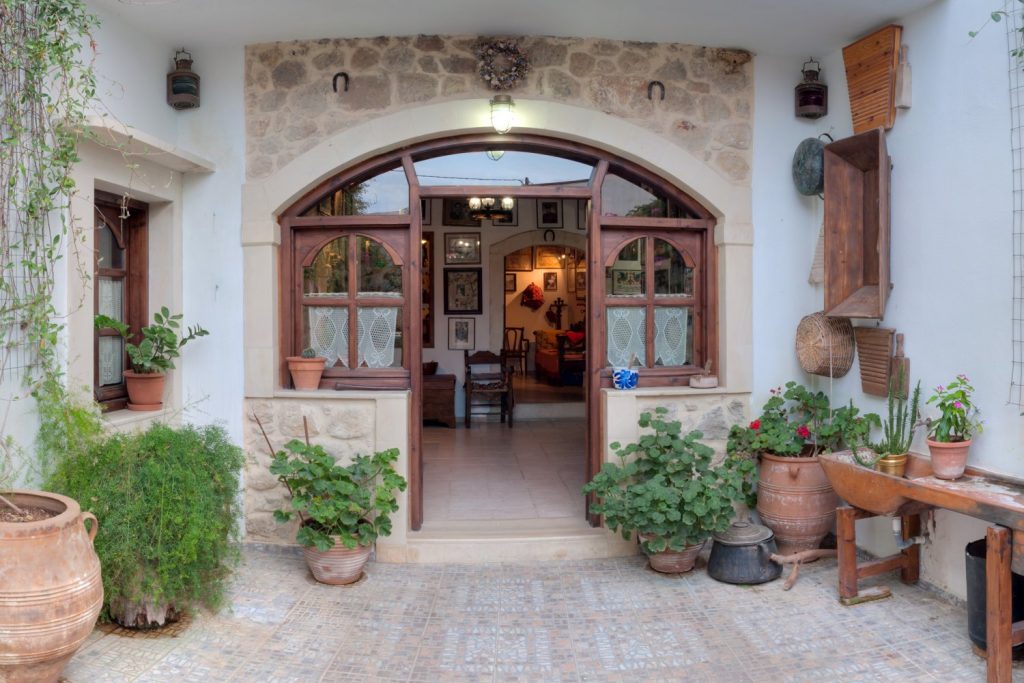 It is not known exactly when the house was built, however some pieces of an uppermost part of a column that have been found on the walls of the ground floor of the house testify that the central core was built with stones from the ancient city that was in the area and was one of the 100 cities of the Minoan Civilization. From the configuration of the house it is concluded that it was the lordly home of the village.

George Polioudakis fond of tradition and history of the area, desired to create in this house a folklore museum. Since then, with the help of his family and some good friends, the works were completed in 2009, when Poliou House took its final form.

George Polioudakis is a man with passion for tradition and is determined to rescue the history of his family and his village. From an early age he started collecting objects of traditional culture as well as old household equipment of the local culture.

Many of these unique items were discarded as useless because -unfortunately- some people could not appreciate the treasures they held. So, the inspirator of the museum managed to preserve unique museum pieces. Thus, his decision to create an ark of history and culture, a folklore museum took shape. The area that accommodates the museum is the family home, which passes on from generation to generation to the firstborn son and is located in the center of the village. Visitors have the opportunity to see how life was organised in the late 19th century, in a traditional Cretan house. It is there, that all these unique pieces collected by George Polioudakis are exhibited. Pieces collected with love, in order to highlight local history, to hold live some childhood memories and to share through history exhibits how locals lived during the last century.

The rich collection was preserved and classified with great attention, care and diligence. The rooms of the museum are a faithful representation of the traditional house with furniture of the old times, while the walls of the house are decorated with archival photographic material. More specifically the kitchen, the dining room, the lounge and the bedroom with the unique hand-carved cradle, were all formed according to the old era. Also the working room, that includes the looms and weavings, the traditional cafe and soon the nursery will be ready for the public to visit. Outside the mansion, in a corner of the courtyard, the visitor has the opportunity to see tools from traditional occupations of the era such as the farmer, the bricklayer, the carpenter and the blacksmith. 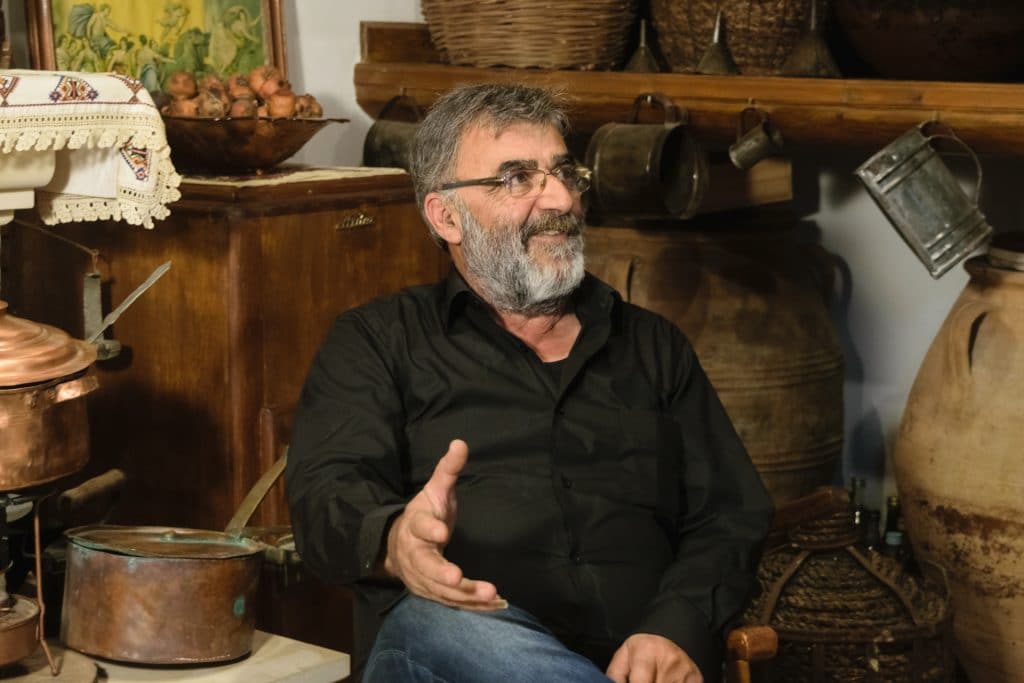 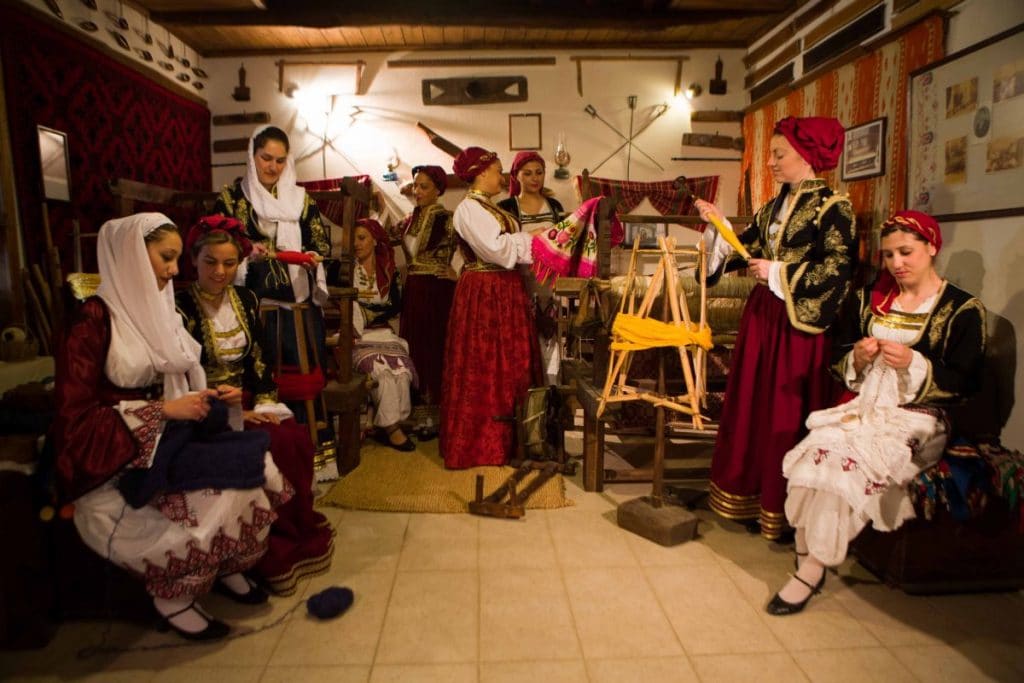 At the entrance of the house is the courtyard that was once paved with large slabs of limestone that with the passage of time had become smooth.

The first room we meet on our right, and is now prepared to become the nursery, was the oven house. Then the space that currently hosts the dining room with the arch was the shed, where there was a well of 17 meters.

We then meet the room on the right where is the kitchen, and once was the barn with a fireplace on the northeast corner. In the room behind the oven house, which is now the lounge, was the stable of the house, where in the northwest and southwest corner were two mangers where the domestic animals were eating. South of the hall in the working room, where the looms are, was the “patitirospito” with a large wine press where the family used to store olives.

On the south wall of the room were barrels with the wine. To the west, where now is the bedroom, was the warehouse, which was called “magatzes”. There were the jars with the oil and some food. In the area, which is now the cafe, was the “kounelostasio” where the rabbits lived freely, creating burrows that reached up to the neighboring house. The “kounelostasio” was the only room in the house that was rescued from the fire and we can still admire the earthen roof and the crossbeams.

In the backyard, where now operates the tavern, there was a large vineyard with many different grape varieties that produced a very palatable red wine with a unique flavor.